A writer’s best friend–or maybe not!

I like to focus on the positive but everything in a writer’s life is not always positive. So, what do you think a writer’s best friend is? Certainly (at least for me) one of my best friends is my computer. There are days when I spend more time with my computer than with my husband! OK, that might be a slight exaggeration, but not by much.

There are a few writers out there that write everyone out in long hand, but I’m not one of them. I’m not sure I could create a story that way. Believe me, I’m not even going to try.

So why do I call the computer my BFF? I create stories on it, of course. But that’s just the beginning. I keep track of all my covers, my promos, my contracts, my royalties and other tax information on my computer. Another thing I use the computer for is to set up my blog tours when one of my books is released. I have a special calendar program I use for that.

So I have two books releasing this year–The David Years and Trapped. So as you can imagine, I’ve been busy putting together my blog tours and the info for the blog tours. Anyway…my computer hasn’t been acting all that friendly to me lately so I thought I’d do a refresh on it. I chose the option that said it wouldn’t affect my files.

It did affect my files. Especially the calendar files showing who’s blog I’d be visiting and on what day as well as the information for that specific blog. After a few moments of panic, I remembered I have everything backed up. Whew…I could breathe again–or so I thought! After a week of trying to get the program to work right, I gave up.

So, now I’m in the process of trying to recreate the calendar by going back through my emails. It’s working but it’s a slow process.

The computer may still my bestie–but I’m not going to trust it quite the way I did before it betrayed me.

And such is the writer’s life!

PS.  Here’s the covers for my upcoming releases. 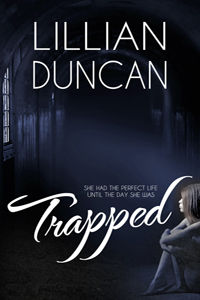 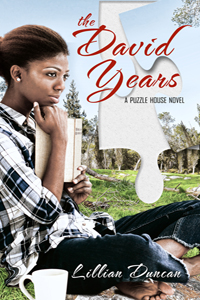 God created me to be a writer, really?

You may or may not know that I was diagnosed with bilateral brain tumors in 2012. They were benign in the sense that they were non-cancerous but they were not benign in the sense that they were harmless. They have wreaked havoc on my life and my health in all sorts of ways! But that story’s for another day. Today, I want to talk about how my brain tumors answered the question on whether God really wants me to be a writer or not.

During some of my worst days of my brain tumor journey, I could barely function. Most of my days during that time were spent sitting in a chair or laying down without bothering to get dressed. I had extreme fatigue as well as not being able to concentrate–at all! I had “brain fog” or as I like to call it–wonky brain! But…for years it had been my practice to write everyday, if at all possible. So even though I felt horrible, I would climb up my steps–yes I said climb–because my balance was too bad to walk up them. I would sit down at my computer and then something amazing would happen. The brain fog would melt away and I could write. Sometimes it would only be for ten minutes but I was actually able to write coherently and add to my current manuscript. Then the brain fog would descend once again and I’d be done for the day.

And, in fact, most of my more than 20 novels have been written after my diagnosis of bilateral brain tumors.  I still have brain fog, memory issues, and fatigue–all things that affect my writing as well as my life. But God is so good and blesses me by allowing me to continue to write–something I love to do!

And that’s why I believe God really did create me to be a writer!

How about you? What do you think God created you to do?

I didn’t choose to become a writer…

I didn’t choose to become a writer–I was born a writer, even though I didn’t write my first word in a novel until I was 40!  You heard me right–40 years old, practically over the hill. But still I believe I was born to write.  For two reasons.

The first is that I love books–always have and always will. The Orthodox Jews have a tradition that if they drop a book, they will pick it up and kiss it–in case the name of God is in that book. I have that same sort of reverence for most books. There may be a few that don’t deserve it, but I’m not here to talk about those.

Probably from kindergarten on, I love to read.  Nothing was more exciting to me than the weekly trip to the library except maybe when I was allowed to buy a book from the Scholastic Reader. Then it was serious business. It was so hard to choose, but eventually I would. When my family would go on fishing or camping trips, I could be found sitting on a rock or in the car and reading. Yes, I read under the covers, in the dark,  and in the car.

So my love of books is the first reason I believe I was born to become a writer but not the only one. Lots of people love books as much as I do and never become a writer. Though some of them probably would love to write, but don’t know it yet! Just like me.

The second reason is a bit stranger than the first. At least it might be for you, but it never seemed odd  to me. It was simply a part of me. I always created stories even as a young child. Barbie and Ken had quite the life not to mention The Potato Family. But my imagination didn’t stop with my toys that I acted out the stories with.  I called it daydreaming back then, but now I realize I was actually creating stories. My daydreaming didn’t stop as childhood ended and adulthood began.

I would daydream as I drove to work, when I was relaxing, or most any other time or place. Unfortunately, I was 40 before it occurred to me that my daydreams had a purpose. And that purpose was that they were the stories I should be writing down to create novels. My daydreams were the books I was supposed to write!

My first book took me almost a year to write. I didn’t tell anyone I was writing a book because it seemed absurd that little old me could ever become a “real writer.” During that year I got bit my the writing bug. I fell in love with not only creating a story that only I could write, but with writing it in the best possible way. So if you ask me how I became a writer, I would tell you God created me to be a writer.  I believe that all that reading and imagining were the first steps in me becoming a writer. I don’t think I chose to become a writer. Instead I was born a writer–it simply took me forty years to start putting my stories on paper or should I say on a computer!

I have a third reason but I’ll share that story in Part 4 of a Writer’s Life.

How about you? What were you born to do?

There just aren’t enough hours in the day to do everything that a writer needs to do! That’s a true enough statement, but don’t get the wrong idea. I do not spend all of my day sitting in front of a computer, writing and doing other writerly-type things. I could but I choose not to. These days I usually work 2-3 hours–period! So that time needs to be used wisely.

So here’s a partial list of things I need to do on a regular basis:

Edit and polish stories that I want to submit

Edit and polish stories that I will indie-pub

Create marketing plan for latest release or an upcoming release

Social media to connect with other writers and readers

So there you have it! And I’m sure if I wanted to sit here and think, I’d come up with several more tasks to add to the list. As you can imagine, my favorite task is writing new stories and editing and polishing stories to be submitted or indie-pubbed. But the other tasks can’t be ignored either. So you see, I really could spend hours and hours at the computer but I don’t. First because my health won’t allow it, but even more important is the fact that spending time with family and friends is just as important!

Sometimes writing is easy; other times not so easy; and then there are the times it’s downright difficult. I started working on the third book in my Puzzle House series, probably more than a year ago. And it just wasn’t happening. I couldn’t “see” the story. I’d write some then get stuck, go write something else, then come back and get stuck again. This happened again and again.

Since I started writing this third book, I actually finished three other books and submitted them and got contracts. Yea! I did final revisions on two other books, and started yet another book. Each time I finished a project, I’d go back to the Puzzle House book–currently titled–SUFFER THE LITTLE CHILDREN. Believe me, I was suffering with this book. Anyway, I’d go back to it and start rewriting and then…I’d get stuck once again.

I began to doubt that it would ever get finished, but it was more than half done so I didn’t want to just forget about it. PUZZLE HOUSE tells the story of Rachel and how Puzzle House came to be as Rachel shares about her life and struggles with a young girl named Nia.

THE DAVID YEARS which will release in August of this year and continues the story of Nia.

My idea for SUFFER THE LITTLE CHILDREN would bring the story full circle and back to Puzzle House. But sometimes things don’t go as planned. So I just gave the whole mess to God and asked him to help me figure it out or I was going to forget about it.

Finally about two weeks ago, I realized the story didn’t have a theme. Most of my stories’ themes sort of present themselves to me as I write them. Looking back, this story did as well, I just didn’t recognize it. Once I did, I was finally able to “see” the ending of the story. And so…I’m pleased to say I wrote THE END on the first draft of Suffer The Little Children earlier today!

PS. Prayer works! Praising God for all his blessings, but especially for the blessing of being able to write stories to share with others!